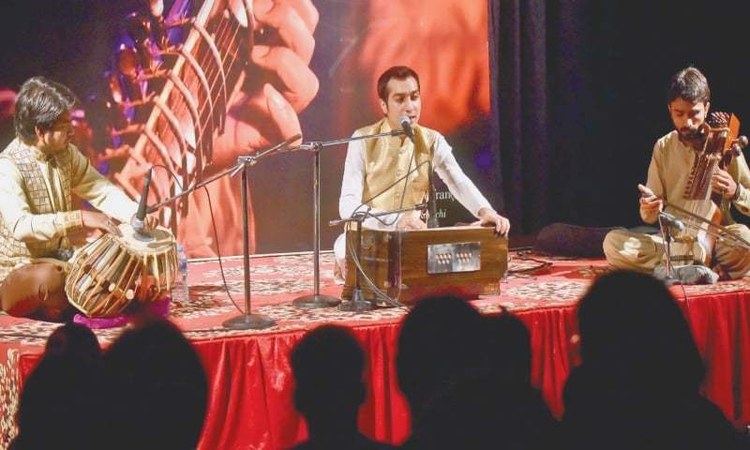 A Western Instrument’s Journey to the East

Many will be surprised to learn that the harmonium which we know today has an extremely interesting and intriguing history. The harmonium was invented by the Danish scientist Christian Gottlieb Kratzenstein in 1780, a professor of physiology in the University of Copenhagen. Incidentally, his experiments with electricity inspired the famous Gothic horror novel, Mary Shelley’s Frankenstein, with his name also inspiring the name of her fictional scientist, Doctor Frankenstein.

Its design was visually more like that of a miniature organ at first, with some manufacturers even fitting rows of fake pipes above it to siphon off a bit of the popularity of the organ. At first it was extremely popular amongst musicians, and was used in many small churches and synagogues which could not afford large pipe organs. It was brought to America by immigrating Europeans, with harmonium manufacturing companies springing up to meet the rising demand, as seen below. The harmonium’s popularity began to fade in the 1930s after the electric organ was invented, and the harmonium faded out of the Western musical scene. It had however, already found a new home in South Asia.

The harmonium was introduced by British missionaries to the Indian subcontinent during the British Raj. It slowly began to spread out of the churches into the homes of the common people. It became the center of attention of a few native musicians, such as Dwarkanath Ghose, who founded the instrument-making company Dwarkin and Son. He adjusted the harmonium’s design by removing the foot pedals, adding drone stops and overall simplifying its design.

Despite all this effort, it was hated by classical musicians, who viewed it as a menace to their traditional instruments, with master poet Rabindranath Tagore declaiming it as well.

“The harmonium is the bane of classical music.”

It was also banned on the All India Radio from 1940 to 1971 due to its inability to create the delicacies of note needed for Indian classical music, and was afterwards allowed only along with other musical instruments. The ban on harmonium solos was lifted only recently in 2018. However, its simplicity and rich mellow voice made it a favourite among many musicians, and the harmonium managed to charm its way back to popular opinion, as it had done before in the West. It is now extremely popular in South Asia, with most Western harmoniums in museums or in the hands of a few enthusiasts. It is a key part of Hindu and Sikh devotional music, and is a mainstay of the bhajan and the kirtan, and is also an integral part of the Sufi Qawwali.

The Birth, Death and Reincarnation of the Harmonium from The Mantle.

The Pump Organ from Wikipedia.

All our pictures were sourced from Wikimedia Commons.

Save the Sitar is a website dedicated to preserving Pakisan’s classical music. Join our growing community to help further our cause.

2 thoughts on “The Harmonium”